Technology is changing our world. Not long ago, fires, smoke signals, carrier pigeons, and telegraphs were our go-to means of communication. Now, we use mobile phones and computers. Both rely on internet or cellular data.  In this article we cover amateur radio, or ham radio basics.

But what happens in times of crisis? What if something renders our computers and phones useless? How do we communicate, then? Amateur radios, also known as ham radios, are here to the rescue!

Ham radios are great for close- and mid-range communication when SHTF and there is no Internet or cellular. Here’s how to get started:

What Is An Amateur Radio? 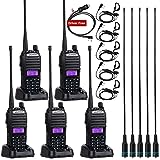 Amateur radio is a popular hobby. It uses radio frequencies to send messages verbally or in Morse code.

Ham radio also serves during a crisis, such as wildfires, floods, tornados, and other disasters. Ham radios act as a vital link between affected communities and the outside world. They can be used until normal methods are restored.

What Else Can You Do With an Amateur Radio?

There’s no better way to immerse in the world of radio than to become a radio amateur.

You can do much more with a ham radio than use it in emergencies. You can: 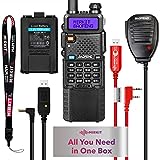 A ham radio has a receiver that receives radio signals. Many radios have their own transmitters, though, allowing them to send their own signals.

So, for two-way communication, you’ll need both a transmitter and a receiver. Those two combined into one device are called a transceiver or a rig.

The ham radio is connected to its antenna by a feed line. Dipole and beam antennas are two of the most common types.

A dipole antenna is made of wire and is connected to its feed line in the center. On the other hand, a beam antenna is better at receiving and transmitting signals in a specific direction. It’s usually installed on top of a tower and its direction can be changed.

The feed lines from the radio pass through a device known as an antenna switch. It allows you to switch between antennas.

For example, you may want to use one antenna for one purpose but then switch to another antenna.

There’s a small portion of the electromagnetic spectrum dedicated to radio transmission. This is called the radio spectrum.

Let’s say you’re tuning your radio to a station you like. You’re selecting a frequency from the radio spectrum.

These are combined into groups, referred to as bands. There’s, for example, the AM band, which contains AM radio station signals.

There are different types of communications on the spectrum, shown below.

Assume you want to contact friends, family, or emergency responders. You’ll need to use a portion of the radio spectrum suitable for local communications. This is when the very high frequency (VHF) portion comes in handy.

VHF is unaffected by noise, delivering clear communications. Because of its clarity, VHF is used by FM radio. It’s also used by TV, the police, the fire department, and other services.

However, the signal can be disrupted by mountains, trees, and even the earth itself. VHF frequencies range from 30 to 300 MHz.

UHF is a type of electromagnetic radiation. Its frequency is between 300 MHz and 3 GHz (3,000 MHz). Because of its short wavelength, UHF has high directivity and a small area. It’s mainly used for TV signals.

Because of its high directivity, obstacles occur more. So, it requires sensitive sensors.

HF lets you talk with people all over the world. The signal quality isn’t limited by line-of-sight. Rather, it bounces off the ionosphere.

HF frequencies range from 3 to 30 MHz. HF allows for interstate and intercontinental communication. In the event of a global disaster, HF will be the primary mode used. This requires costly equipment, though.

A repeater, as the name indicates, will listen for frequencies and then repeat the signal on a different one. This enables the signal from a ham radio to travel further. A chain of repeaters can carry signals much further than they usually go.

It’s also worth noting that many ham radios send their signals via satellite.

How Does an Amateur Radio Communicate?

Adding info to a radio wave so that it can travel through the air is known as modulation. It can be used in many modes, including voice, data, and videos.

The process of those radio waves traveling through the air and bouncing onto radio antennas is known as propagation.

Amateur radio operators, or hams, use a wide range of equipment. However, they only use a limited range of frequencies.

Besides radios and antennas, hams use cameras, laser, telegraph equipment, and computers. Hams that provide services, such as emergency communication, have their own satellites.

Another medium that hams use is Morse code, an old-fashioned method that is still used today.

What Is Morse Code?

Morse code is a time-honored form of communication. It was used for more than a century and proved useful in a variety of ways, ranging from landline telegraph systems to radio communications.

Samuel Morse invented the Morse code in the mid-nineteenth century. It has been widely used ever since. Because Morse code was originally used to send messages over a telegraph system, it became known as the Morse telegraph.

The Morse code was made up of two components: a dot and a dash. By combining these in various ways, letters, numbers, and other characters were created.

Do You Need to Learn Morse Code for Amateur Radio Basics?

Until 1991, you had to show your ability to copy Morse code to get an entry-level ham license.

Currently, Morse skills are not required. Many hams don’t bother learning it. So, no, you don’t need to learn morse code to use a ham radio.

Setting up a Ham Radio Shack 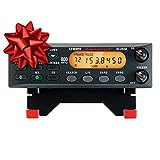 Deciding where to set up your ham radio shack, remember a few points:

When designing a ham radio shack, plan the main wiring and lighting.

In terms of the main wiring, install enough sockets to supply the current equipment. And to allow for expansion. The table surface should be well lit if the shack is to be used to its full potential.

To operate as a ham, you must have the right equipment. This has greatly evolved over the years. As new ways of communicating emerge, so does the equipment.

If you want to become a ham, you must decide what frequency to use. The equipment will be determined, with the bare minimum being a radio and a transceiver.

Anyone can purchase ham radio equipment and listen to any signals they can receive. Those signals are already in the air, and listening in is harmless. In order to broadcast, operators must be licensed.

Amateur radio has a worldwide community. Each country has its own licensing rules. There are three license levels:

Each of these licenses is valid for ten years and requires a test. The difference is the number of frequencies accessible.

Amateur radio has been a part of people’s lives for nearly a century. It plays a part in history. With the many advancements, it has grown into a global community of millions of “hams.” For some, it’s a hobby, while for others, it is a profession.

Amateur radio serves as a means of communication during a crisis. They provide communications during wildfires, floods, tornadoes, etc. Ham radios serve as a vital link between communities and the outside world.