Do you enjoy fishing but have never tried for pike? This guide is for you! Pike are a fun and challenging fish to catch, and with the right information, you can be successful. In this guide, we will cover everything you need to know about fishing for pike, from basic tips to where to find them to the best techniques and lures. Let’s get started! 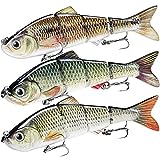 What Is A Pike?

Most people have heard of pike, but few know what they actually are. Pike are a type of game fish that is popular with anglers. They are generally smaller than bass or trout, but they can still grow to be quite large.

Pike are known for being voracious predators, and they will often attack smaller fish. This makes them a challenge to catch, but it also makes them a very exciting fish to reel in. When choosing bait for pike, it is important to use something that is big enough to attract their attention but not so large that they will be able to swallow it whole.

Closely related to pike are muskellunge, which are similar in size and appearance but are not as common in the wild. Muskellunge are considered by many to be the ultimate game fish, and they are often pursued by experienced fishermen who are looking for a real challenge.

How Big Can A Pike Grow?

Many anglers are surprised to learn that pike can grow extremely large. In fact, these fish can grow up to four feet long and weight upwards of twenty pounds. This is due to a number of factors, including their diet and the depth of water they inhabit.

Pike are predators, and their diet consists mostly of smaller fish. As they grow, they require more and more food to sustain their large bodies. Additionally, pike tend to grow larger in deeper water.

The increased pressure and lower temperature help these fish to reach their maximum size. So, the next time you’re out on the lake, keep an eye out for a monster pike! You may just be surprised by how big these fish can get.

Things You Need For Pike Fishing

Pike fishing can be a thrilling experience, but it’s important to be prepared by having the right gear before heading out onto the water. Here are a few of the proper equipment you’ll need to ensure a successful day of pike fishing:

The long needle nose pliers will come in handy when removing hooks from the pike’s mouth, while the inline spinners will help attract them to your line. The strong braided line is essential for setting the hook, and the trolling motor will help you keep pace with the pike as they swim.

A hook is a must-have, and buzz baits can be used as bait. The spinning reel and rod are also necessary for fishing for pike.

A strong leader and tight lines are key when catching pike, as these fish are known to put up a fight when they’re on the line. The jaw spreader is also a valuable tool, as it will help you keep the pike’s mouth open while you remove the hook.

Having the right gear for the job is essential for any fishing trip, but it’s especially important when you’re planning to fish for pike.

Can You Find Pikes In Freshwater?

Pike are a freshwater fish that are found in northern United States. They typically inhabit shallow waters and are a popular target for f. Pike fishing can be a great way to enjoy the outdoors, but there are a few things you need to know before you get started.

First, pike are predators and will eat just about anything they can fit in their mouths. This means that lures and bait need to be large enough to deter smaller ones from stealing them. Second, pike have sharp teeth that can easily cut through line.

As a result, it is important to use a heavy-duty line that can withstand some wear and tear. Finally, pike are known for putting up a fight when they’re hooked.

Be prepared for a battle when you’re pike fishing, as these fish can reach up to 30 pounds or more. With the right equipment and knowledge, pike fishing can be a fun and rewarding experience. 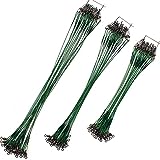 Where To Fish For Pike

Northern pike has long shaped limbs with an aggressive nature and is ideal for areas with lots of aquatic vegetation. They have the skills and knowledge to hunt for and from underwater weeds. Focus on a deep, sandy area like bay, flat, or wild rice beds for the fishing location. If there is an interesting reedy habitat, make sure your trolling is going.

Due to a predatory nature these fish can be easily found near their preferred shallow hunt sites therefore you should not spend any time there unless you get a few hits. Cover many areas and use motor lures to widen your strike area.

Most fish are caught at shallow sea levels. But Big Pike goes deep. They can sometimes swim up to 15 feet deep.

In such cases, a deep water lure must be used. Fishing deep swimming pikes can be tricky . You will need to use a heavier line, a heavy leader, and a firm grip than you would normally use for other fish.

This is because pike have sharp teeth that can easily cut through the line. The depth of the water will also determine the type of bait you use. Live bait works well in deep water, as pike are attracted to the movement.

What Month Is Best For Pike Fishing?

If you’re looking to catch pike, you’ll want to fish during the colder months. Pike take advantage of lipless cranks in cold water weed beds. You’ll have the most success if you fish during the early morning hours when the pike are actively feeding.

Keep in mind that pike takes its time bite during the winter, so you’ll need to be patient. But if you persevere, you’ll be rewarded with a fight that’s worth the wait.

Whatever you fish, mid-May and late June are the best times to catch large pike. The majority of pike spawn during April full moons under ice and in a wide range of waters. By mid-May the spawn has concluded with regaining all the fat that had been lost in the spawning phase.

Unlike smallmouth bass (a not so big fish) that might take a few weeks to return to feeding, pike are back on the feed as soon as they have recovered from the spawn. By late June they will be in peak condition and ready to eat anything that swims by. So get your pike gear ready and head out to your favorite spot to catch pike – just make sure to bundle up!

Best Time Of Day To Fish For Pike

Many fishermen have their own opinion on when the best time of day to fish for northern pike is, but there are some general tips that can help increase your chances of success. Pikes are visual hunters that are most active in the early morning and late evening, so these are generally considered to be the best times to catch them.

However, a northern pike will also feed during the daytime if the conditions are right. warmer water temperatures and brighter sunlight will cause pike to be more active, so these times can also be good for fishing. Another factor to consider is the bait you’re using.

Northern pike are known for their voracious appetites (a.k.a the hungry pike), so bigger baits will often be more successful. Using live bait/lure can also help attract them, but it’s important to fish close to their known hiding spots. By following these tips, you can drastically increase your chances of catching a northern pike.

Step-By-Step-Guide On Fishing For Pike

Northern pike are one of the most fun fish to catch. They put up a good fight and can grow to be quite large. If you’re looking to add northern pike fishing to your repertoire, here’s a step-by-step guide on how to do it.

1. Look for northern pike in early spring near spawning areas (drop offs, near the shore, weed bed, shallow areas). The males will usually be the first ones up and looking for food.

2. Northern pike are ambush predators, so they like to hide in weed beds, aquatic vegetation, or along drop-offs (shallow water). Look for areas where there is cover and there is also a lot of movement from baitfish.

3. They are attracted to movement, so using bright orange moving baits that has a lot of action on your braided line is key. Walking baits are a good option, as well as spoons and crankbaits.

4. They have sharp teeth, so you want to make sure you’re securely hooked onto the fish before it has a chance to spit the bait out. As soon as you feel a bite, stop reeling and let the fish run with the line for a few seconds before setting the hook. This will give them time to swallow the bait and ensure that you have a good grip on the fish.

Catching one, even with the best lures on your hook can be challenging. You need to have a really strong rod and reel for the job to make sure they can withstand the pike’s bite. But having the best gear is also an advantage when you’re fishing for other fish species. 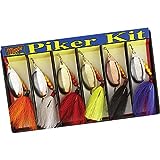 Why Is It Important To Have A Drag System?

It’s no secret that fishing can be a frustrating hobby. More often than not, you’ll find yourself sitting in a boat for hours on end with nothing to show for it. But there’s one piece of equipment that can help you up your chances of success: a drag system.

This helps to ensure that your lure stays in the water and that your line doesn’t break when you finally hook a fish. It does this by applying pressure to the line, which in turn puts less strain on your lure and makes it more difficult for fish to break free.

As a result, having this can be the difference between a impressive catch and an empty boat. So if you’re serious about northern pike fishing, a good advice is to make sure you invest in a good system. 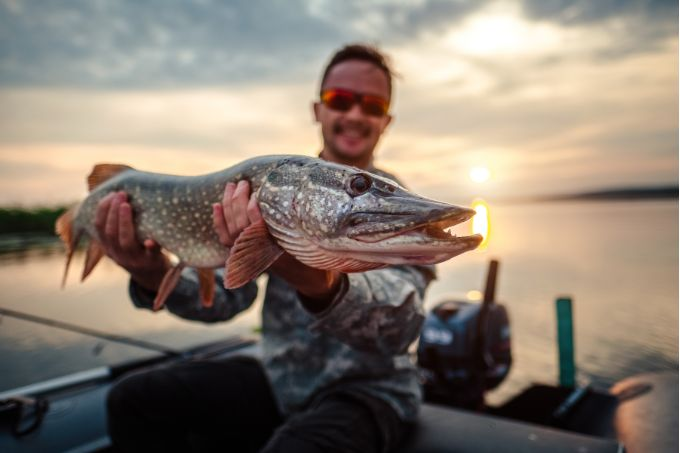 Ideal Lures To Use To Catch A Pike

Anyone who’s ever tried to catch a pike knows that they are notoriously difficult to hook. But with the best gear and the right lures, you can up your chances of landing one of these elusive fish. drop offs are a good place to start, as they often congregate in these areas.

Look for lures that mimic the size and shape of their primary prey items, such as smaller fishes or frogs. Another good option is a suspending lure, which will stay just below the surface of the water, making it easier for them to spot.

When choosing your rod and reel, opt for something with a fast action and a strong line, as they are known for their powerful strikes. And finally, be prepared for a fight when you get a bite – they are notorious for putting up a good fight before they’re landed!