Paracord is one of the most useful items in any outdoorsy person’s backpack! This lightweight cord that is made from nylon has become so popular in a wide range of uses that it has become quite a challenge to pinpoint its main application.

Whether you’re interested in paracord or you want to find out more about it, this article has got you covered with 37 paracord applications and the most common paracord bracelet patterns. Let’s dive right in!

Why You Need Paracord

Paracord, which is the more commonly known short of “parachute cord”, is used in tons of applications and survival situations. 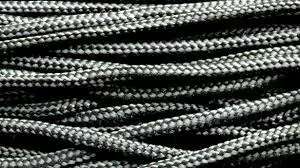 The cord has been used in tons of situations, which turned it from gear with a very specific use into a highly versatile multitool that is extremely accessible and ready for use. Here are some of the reasons why paracord is a great item to have on you:

The Most Popular Paracord Bracelet Patterns

One of the best ways to keep a paracord on you is by turning it into a bracelet. This way you’ll be able to have a 2 to 3+ meter rope ready at any instance.

Here are some of the coolest patterns for the bracelets and video tutorials on how to recreate them:

There you have it! A brief guide that walks you through 37 paracord applications and the most common paracord bracelet patterns.